WHY CRITICS OF BUCKETING STRATEGIES ARE WRONG

Advisors who reject bucketing strategies because they won’t invest as many as five years of assets in low-yielding securities are exposing clients to risks that threaten their standard of living in retirement.

One of the most often-heard criticisms of retirement income “bucketing” strategies expressed by advisors concerns the conservatively invested “bucket one.” The basis of their criticism centers on what amounts to the foundational construct of the bucketing strategy, which is to eliminate investment risk during the early years of the strategy. Detractors believe that allocating a fairly significant share of assets to low-yielding, safe-money investments causes the retiree to sacrifice growth potential that could lead to a larger retirement income.

Advisors who disparage bucket strategies based on this argument miss the “big picture” benefits of bucketing. Moreover, they overestimate the impact on the client’s initial monthly income due to assets invested at low rates of interest. And finally, they often fail to make a distinction between the differentiated planning needs of “overfunded” and “constrained” Investors.

Let me explain how all of this happens and what it means in practice.

When interest rates nosedived, a popular way to fund bucket one lost support. Previously, a five-year, period-certain annuity was a popular choice. Why? The SPIA guaranteed the client’s income over the initial income period, typically five years. Many advisors based their management of the bucket strategy on the premise that as each succeeding bucket matured, assets would be moved into successive SPIAs to provide five-year sequences of inflation-adjusted, guaranteed monthly income.

I consider the conservatively invested bucket one, or the “behavior bucket,” as I like to call it, the most valuable feature of the bucketing strategy. For reasons that pertain to economics as well as client behavior, the objection to a low-yielding bucket one never made sense. Here’s why.

Consider a client with investable assets of $1,000,000 who is using a “classic” five-bucket strategy to fund 25 years of retirement income. Allocating, say, 20% to bucket one places $200,000 in a safe-money vehicle. Let’s look at how low rates of interest impact the retiree’s monthly income.

In this example, the $200,000 allocated to fund bucket one will be liquidated over 60 monthly payments. Assuming an interest crediting rate of only 0.25%, bucket one will generate five years’ worth of safe paychecks in the amount of $1,667 per month. But what if we doubled the interest rate? An increase of 100% (to 0.5%) generates a negligible 0.6% increase in the client’s income, a whopping $10 per month.

The lesson is this: When you are amortizing the bucket one payout over a short, five-year period, the interest rate does not have a significant impact on the level of your client’s monthly income. In situations where bucket one’s duration is less than five years, the impact on monthly income is barely noticeable.

The key is what the client and advisor sacrifice when they forego the conservative bucket one.

When advisors opt for more risky investments to fund bucket one, or, in the often-misguided pursuit of higher returns even forego the selection of bucketing in favor of a systematic withdrawal plan (SWP), they are making a tradeoff that invites dangerous, emotionally based decision making. That may result in a profound negative impact on the retiree’s income.

As always, my concern is for the constrained investor. If your client is “overfunded,” any income strategy will work. But when the client is constrained, the decision to walk away from bucketing robs the client of a paramount advantage: “The psychologist on call.”

After 16 years of working with bucketing strategies that were implemented by thousands of advisors for tens of thousands of their retirees, I am cognizant of the “magic” bucketing strategies create in terms of long-term staying power and improved investor behavior. How individuals behave once they enter the income distribution phase is an issue of monumental importance. I’ve seen too many instances of retirees’ permanently impairing their lifelong capacity to generate retirement income due to fear-induced selling. This is why I wrote an article entitled, There Is No “Safe Withdrawal Rate.” My purpose was not to quarrel with systematic withdrawal plans (SWPs) per se, but to explain that they only work if the client remains consistent with the SWP every single day through all market conditions. In other words, he or she never sells.

I’m old enough to remember periods when stocks declined in value. It’s not lost on me that other nations have sustained extended periods of depressed equity prices. I frequently site the example of Japan’s equity markets, which sustained an “impossible scenario” that became all too real for holders of Japanese stocks. Today in the U.S., equities are declining, interest rates are climbing, inflation is surging, and the Fed is purging. It is purging its asset-price-accelerating program of QE, in favor of bubble-deflating quantitative tightening. Retirees beware.

If we are in store for a period of equity price volatility or sustained losses, many investors, especially constrained investors, will not remain durably committed to ill-fitting SWPs. Following an unprecedented 13-years of gains, as prices slide, many retirees who are relying upon withdrawal strategies will be trying to hold on to gains and are likely to act out of fear. After all, their income strategies don’t come with a “psychologist on call.”

OK, but what the heck is he talking about? Psychologist on call?

Psychology refers to the emotional and behavioral characteristics of an individual. In dealing with real-world clients, at a certain level, and at certain times, if even for brief periods, all financial advisors become the equivalent of psychologists.

In bucketing-based retirement income planning, the combination of the advisor plus bucket one constitutes the “psychologist on call.” Imagine this scenario. Three years ago, an advisor, let’s call him Todd, implemented a bucketing strategy for a 66-year-old retiree client, who we’ll call Mary. Todd designed a retirement income investing strategy for Mary that utilized five distinct, five-year buckets that together sought to generate inflation-adjusted income over 25-years.

Buckets one and two were funded with investments that are not subject to principal risk. Bucket one, a cash-like investment, was the more conservative. There was a specific and particularly good reason for this. One of Todd’s planning objectives was to mitigate uber-dangerous timing risk.

Buckets three, four and five received progressively smaller allocations of Mary’s savings. They were, however, held for progressively longer periods of time, and they were invested more aggressively: 40/60, 60/40 and 80/20, respectively. For long-term capital appreciation, Todd also included a sixth bucket in Mary’s strategy. Funded 100% with equities, bucket six received the smallest allocation of Mary’s savings, but will be held for the longest time, 25 years.

Three years into retirement, a market breakdown occurred. Stock prices were crashing. Investors became frightened. TV news reports showed the pain on the faces of Wall Street traders. Like all retirees, Mary was nervous. In something of a panic, she called Todd:

Mary: “Todd, I’m watching what’s going on. Everything is going down. It’s making me nervous, Todd. Am I okay?”

Todd: “Mary, I can tell that you’re nervous. Let me remind you of what your income plan is designed to do. Firstly, you’ve been in the plan for three years. That means we are not going to need to access the money in bucket three for another seven years. In the meantime, your monthly paycheck that you will receive over the next seven years is secure.”

“Mary, ride this out. Just remain consistent with the plan we set up. This rough period in the markets will pass. In the meantime, focus on what really matters. Your paycheck. It is safe.”

Mary: “Oh, Todd. Thank you. I feel better now. It was just that, you know, I truly rely on that check I receive each month. I feel fine now. Thank you, Todd.”

Todd: “Mary, to be nervous at a moment like this is completely understandable. That’s why I’m here. Call me anytime. And keep in mind that one of the most important objectives of your plan was to make certain that, if a time like this happened, your paycheck would never be at risk.”

Mary: “Right. Todd, I am so happy that you gave me this plan. Thank you!”

In 2008-2009, advisors who implemented bucketing strategies had many similar conversations with clients. Securities America, the first major IBD to implement an enterprise bucketing strategy, in 2009 held a conference for its advisors. One conference presentation featured a panel of bucketing advocates. In front of a large audience of advisors, many of whom implemented SWPs as their default income strategy, the bucketing advocates shared their stories of how they were able to keep 100% of their clients fully invested during the greatest economic disaster to befall the United States since the Great Depression.

What the Securities America bucketing advocates described to their colleagues was exactly what transpired between Todd and Mary. The combination of bucket one, plus the advisor, amounted to the psychologist on call.

Focus on what matters: Income

I often say that I wish it had been me who first spoke these words:

“In retirement, it’s your income, not your wealth, that creates your standard-of-living.”

I’m jealous. The individual who first made that wise statement is Nobel Laureate, Robert C. Merton. Professor Merton is right on about this. The reason he is right can be found in a phrase that I did coin:

“The income-producing capacity of money changes all the time.”

Exactly how the income-producing value of money changes over time is a critically important issue for retirees. In my article, “The Trial of Ken Fisher for Crimes Against Annuities,” I cited a real-world example of how this can play out for a retiree. The example I described involved a risk-averse individual, Paul, who had accumulated retirement savings of $500,000. It demonstrated how Paul, who retired in 2000, at age 65, could have received risk-free monthly income of $2,878 from a portfolio of CDs. Since 2000, the income producing value of money has changed dramatically. By 2014, Paul’s wealth had not changed at all, but its income-producing capacity had changed remarkably. Paul’s income plummeted by 96%, to $116/month – and later, to a minuscule $38/month.

Like many retirees in pursuit of higher returns, Paul likely marched straight ahead into the world of risky assets. And it worked out. But this is a timely moment for advisors to appraise how their constrained investor clients’ incomes will be reduced should equities continue to slide.

Another of my favorite statements: “No retiree stops needing income.”

If you are an advisor who has not favored bucketing strategies, I hope that I have provided some useful context that will cause you to reconsider your perspective. Constrained investors have little to no margin for making investing mistakes. In the absence of a certain monthly income, emotion dominates decision making. Too often, this leads to permanently reduced retirement income and a reduced standard of living.

This tragedy is entirely avoidable.

We are entering a new era, one where risk mitigation must become the advisor’s first order planning priority to serve retirees. We can academically debate which retirement income investing approach is superior. But that debate is beside the point. The best retirement income strategy is the one clients can live with. 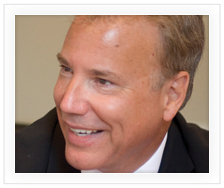 Wealth2k® founder, David Macchia, is an entrepreneur, author, and public speaker whose work involves improving the processes used in retirement income planning. David is the developer of the widely used The Income for Life Model®, and the recently introduced, Women And Income®. David has authored many articles on the subjects of retirement income planning and financial communications. He also wrote the consumer finance book, Lucky Retiree: How to Create and Keep Your Retirement Income with The Income for Life Model®. Constrained Investor is a registered trademark of David Macchia.

Reproduced with permission from Advisor Perspectives, Inc. All rights reserved.