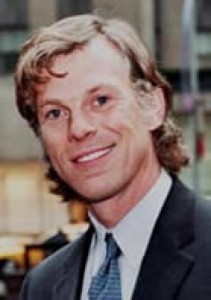 I am pleased to announce that Keith Strykula, Founder and Chairman of the non-profit Structured Products Association (SPA) has agreed to an in-depth interview as part of the Industry Leaders & Innovators series. I’ll explore a variety of issues with Strykula including his vision for the scope of structured products in the consumer market and specifically their future utilization in Boomer retirement security. Sales of structured products, which historically have occurred primarily in the institutional markets, are expected to reach $100 Billion in 2007.

With more than 2,000 members, the New York based SPA is an organization whose mission includes positioning structured products as a distinct asset class; promoting financial innovation among member firms; developing model “best practices” for members and their firms; identifying legal, tax, compliance and regulatory challenges to the business. With more than 2000 members, the Association has members from the exchanges, self-regulatory bodies, legal compliance community financial media, investor networks, family offices, and both buy-side and sell-side structured product firms.

Strykula founded SPA in 2003. His career started in 1991 when he joined CSFB’s Legal Department from Fordham University School of Law to oversee legal, regulatory and compliance issues related to First Boston’s derivatives effort. While practicing as a derivatives attorney, he was a member of the FIA Law & Compliance Executive Committee, the SIA Options and Derivatives committee and served on the Business Conduct Committee of the Philadelphia Stock Exchange.

He moved to the business side of equity derivatives in February 1997, reporting to the head of equity derivatives at SBC Warburg (renamed UBS following the merger). At UBS, he created the first structured product linked to the Dow Jones Industrial Average (issued by IBM). He returned to CSFB in July 2000 to launch the structured products platform for the newly acquired DLJ Private Client Services group, which placed $1.2 billion in its first year.

He is frequently quoted in the financial media as an authority on derivatives, structured products and the next generation of investments for U.S. and was profiled in the February 2004 issue of Risk magazine on his vision for the future of structured investments. The March 2006 issue of Structured Products Magazine interviewed him on his groundbreaking new structured products platform he launched in the U.S.